Clubhouse Gibraltar was first registered on 30th June 2011 and it is charity number is 213. On 29th January 2015 it was also registered under the Companies Ordinance and its status is also that of an incorporated Company Limited by guarantee and not having a share capital. The change is reflected in the Charities Register accordingly but the charity will still continue as Clubhouse Gibraltar and as charity No 213.

It is a not for profit organization that is providing support in the Community for those who have been affected by mental illness and mental health problems. It is self financing and relies on grants, donations and fund raising to provide face to face contact during a 45 hour weekly support with trained  mental health professionals, free of charge. It is a psychosocial model which helps individuals develop to their full potential. The Clubhouse philosophy is that everyone can recover sufficiently from serious mental illness to lead satisfying lives.

Clubhouse Gibraltar was the brainchild of Emily Adamberry Olivero MBE, currently the Executive Director. Emily has been campaigning for a better quality of life for people affected by mental illness since 1992. She was invited to join ‘The Group’ that later became the Psychological Support Group in 1993 and Emily remained the Chairperson of this group until she stood down to focus on the development of Clubhouse Gibraltar. She discovered in 2009 at a Clubhouse International Seminar in Florida that the Clubhouse model provided all the support and back up that she had been looking for and much more.

The model was introduced to mental health professionals in 2010 at Bleak House and it was warmly embraced and encouraged. Potential premises were identified at Toc H and weekly meetings commenced there in September 2011. Initially these meetings which encompassed a work ordered day were led by Emily with the support of her sister Christine and some volunteers. The enthusiasm and encouragement by the members who attended (34 in the first year) helped the Clubhouse to continue and flourish as a restorative community and augured well for its development.

However Toc H was in a bad state of repair and the dampness was affecting some people’s health. However the need and demand to meet more frequently led to meetings being held at a cafeteria in Main Street twice a week in addition to once a week at Toch H. The Government of Gibraltar recognized our plight and offered the Clubhouse temporary accommodation at Wellington Front until more suitable premises were identified.

Clubhouse Gibraltar was allocated 304a Main Street by the Government of Gibraltar as their new premises and moved in January 2020.

Clubhouse staff work side by side with the members, their job entails empowering others and it takes a special type of person to work in this manner which encompasses a generalist role without losing sight of their professional standards. 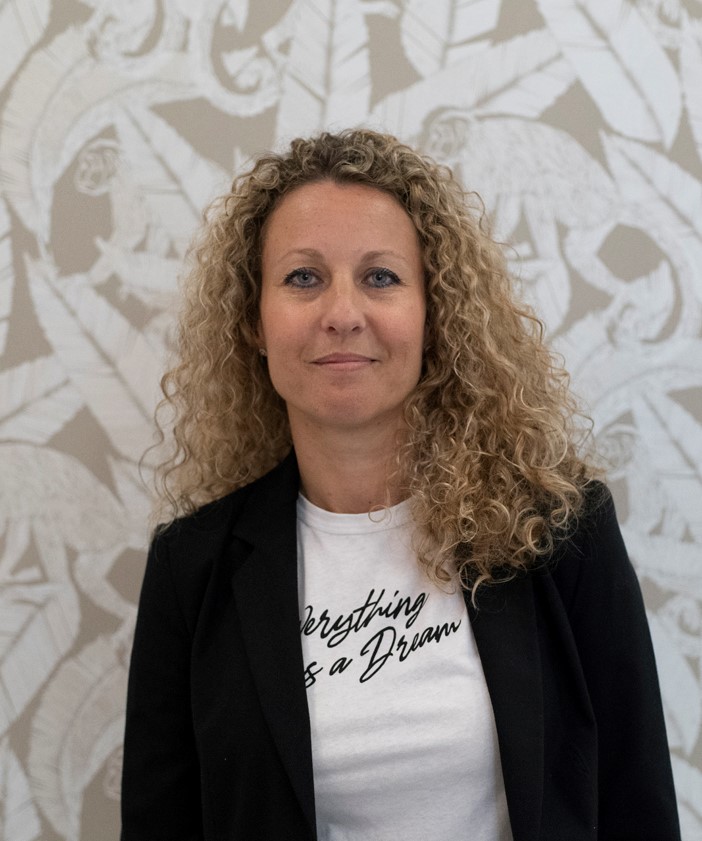 Tania is a qualified Psychologist and is a graduate member of the British Psychological Society. She is Clubhouse’s CEO. Her previous work experience has been in Mental Health, managing different employment and educational programs, including European Funding Projects.

Tania is also the chairperson for Positive Pathways (registered charity 279). This charity was created to run the first Social Enterprise in Gibraltar and she is working hard to create new employment and educational opportunities for individual with mental health difficulties. 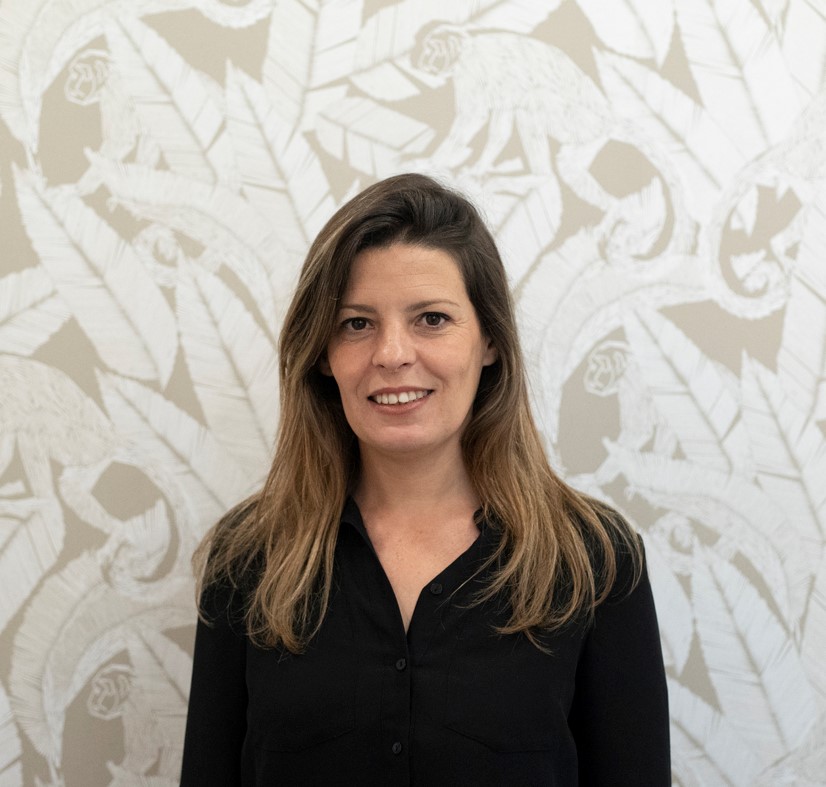 Gema Moreno is a Social Worker with wide experience in the mental health field. She has worked with different groups, prisoners, youths and people having drug dependency, assessing individuals and planning actions for their reintegration into the community and
workplace.

She has also worked as Support worker in the United Kingdom for four years in the field of mental health. She was the key worker setting up targets for each person with constant follow ups to guide them in their lives generally and with regard to employment issues.

She joined Clubhouse Gibraltar in January 2017 as part of Clubhouse’s expansion project. As support worker she is highly involved in guiding members and fully dedicated to their wellbeing. She has proved to be another great asset to the Clubhouse Staff and enjoys being challenged. Her personality and skills have also made an enormous difference to the difficult task of improving, managing and maintaining the Charity Shop. 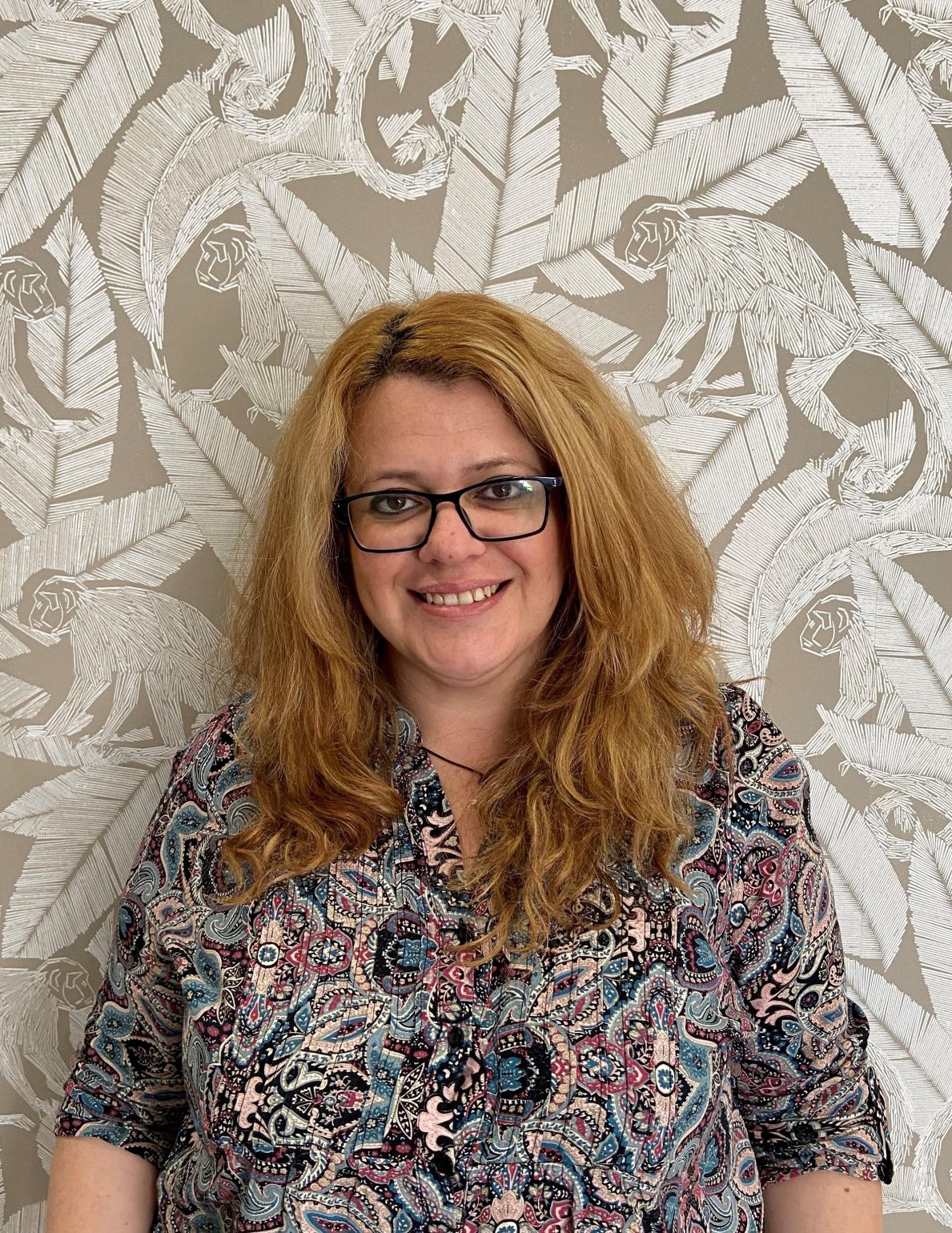 Mary-Anne has worked in the private sector in Gibraltar since the age of 18. Working mostly in offices she has managed teams and has extensive business experience particularly in training staff, marketing, risk management and accounts. This experience and knowledge is beneficial for the functioning of Clubhouse. She joined the team in August 2018.

She is now a Mental Health First Aid instructor and she is providing training in this field in the local community. 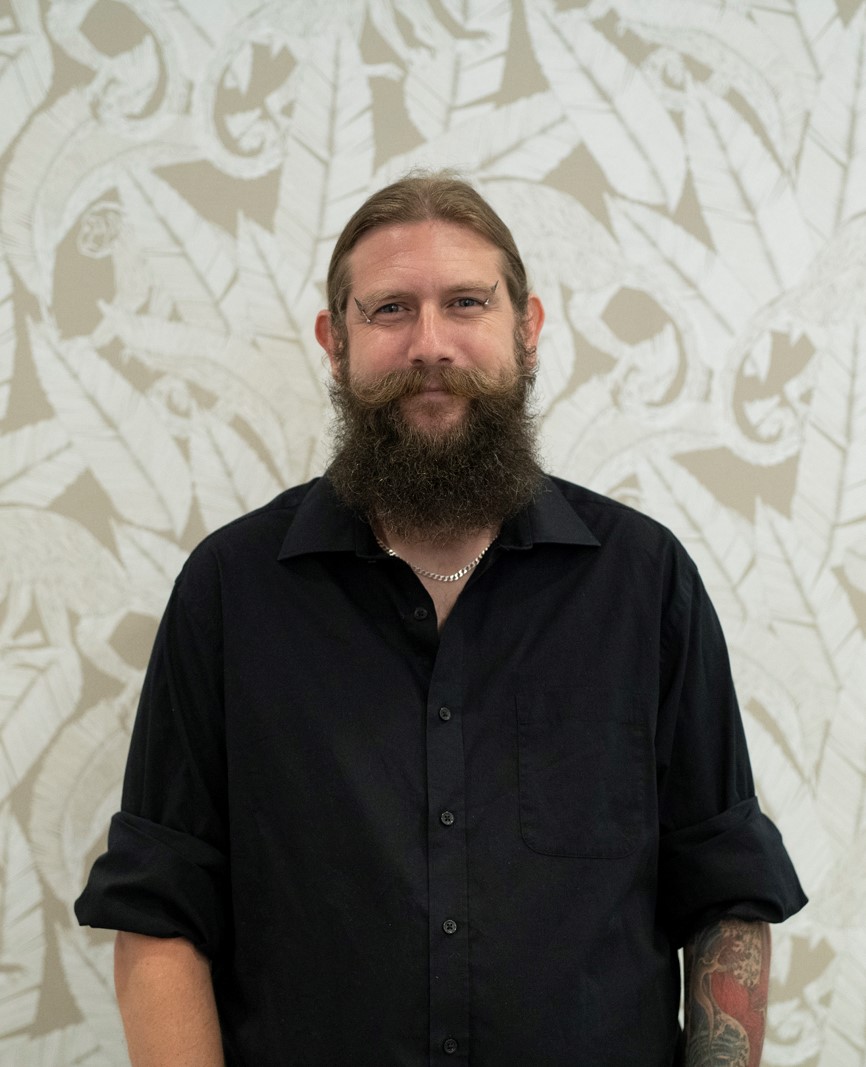 Glen has had a wide and varied career in the mental health field. Graduating with a BA hons in social Psychology from Edge Hill University and completing a Diploma in Person Centred Counselling. His early career started in the children’s care sector in his beloved home town of Liverpool where he dealt with numerous mental health issues and issues surrounding drug and alcohol misuse. He also worked on a floating care home, on a rolling rota of two weeks on two weeks of which housed children who were in danger or who were too high of a risk for a normal care home.
Glen then went to work in the field of adult drug and alcohol misuse with a local charity where he wrote and took a number of therapy groups. He then went to work for the youth sector of the charity in the same field. Were he was able to provide education and information on a variety of different substances and take a number of different groups.

In his spare time he also volunteered for a local charity called the Blood bikes where he delivered such things as drugs, breast milk and blood helping relieve the strain on the NHS.

Glen also ran a street food business in the UK which went to music festivals and food festival providing delicious food. He is happy that all these skills from his past are able to be utilized in Clubhouse Gibraltar.

He joined Clubhouse Gibraltar in August 2018. 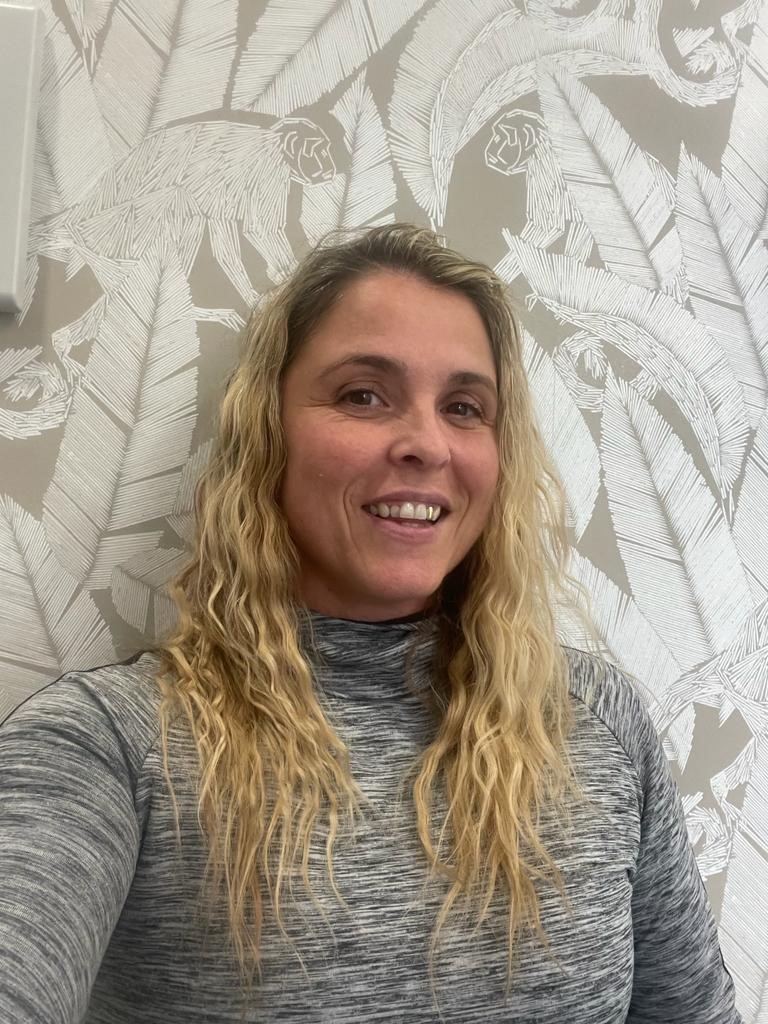 Katie’s studies throughout her life have all been person centered. BTEC National Diploma in Health and Social Science Education in Humanities, NVQ level 3 in Social Work, and Safeguarding 1,2 and 3. Much more throughout the years including Mental Heath in adults and youth, dating back 13 years from Anglesey to Hartlepool to Gibraltar in 2014.

Katie is passionate to help others and is always eager to learn new skills that will in turn benefit others.

She has work experience in the UK which includes work with Y.O.T., Women’s Aid, UK councils, primary schools, elderly communities and ‘Looked After Children’.

Katie has worked with the Gibraltar Youth Service for 9 years, and has also worked with other charities and support groups in Gibraltar such as. the EV Foundation, CYE- CYL, etc. 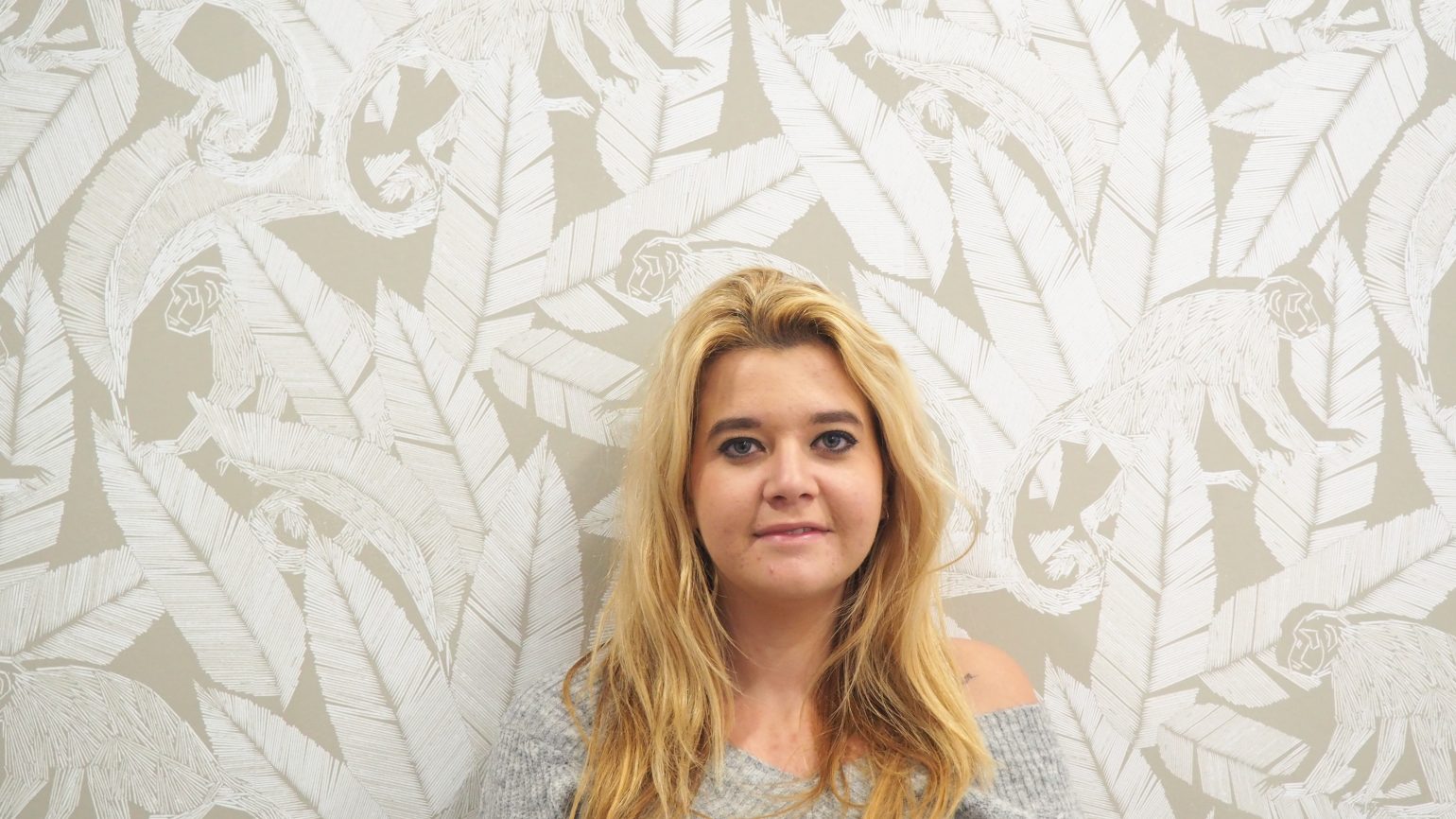 Gianna has been working as a support youth worker for a number of years. She has worked with young people from a wide variety of age ranges and diverse backgrounds. Throughout her employment she has been able to provide guidance and support to young people in order for them to make positive choices at different stages of their lives. She then decided to undertake a degree in Childhood and Youth Studies. After her 3 years of study she realised that she wanted to better understand the detrimental effects daily struggles has on Mental Health, so she undertook an Advanced Diploma in Counselling & Psychology shortly after she commenced her placement with the Citizens Advice Bureau as a voluntary counsellor, she began to work with numerous individuals suffering from depression & anxiety disorders. Listening and communication skills have allowed her to understand and to relate to others, she believes these to be highly valuable. In order to continue on with her professional development she has undertaken various courses such as mental health awareness, suicide prevention, managing challenging behaviour and safeguarding children. Her work experience and studies have allowed her to develop invaluable skills that help to support others and guide them in the right direction. She has always been an advocate for mental health encouraging individuals to develop their self esteem and become resilient to cope with adverse life situations. 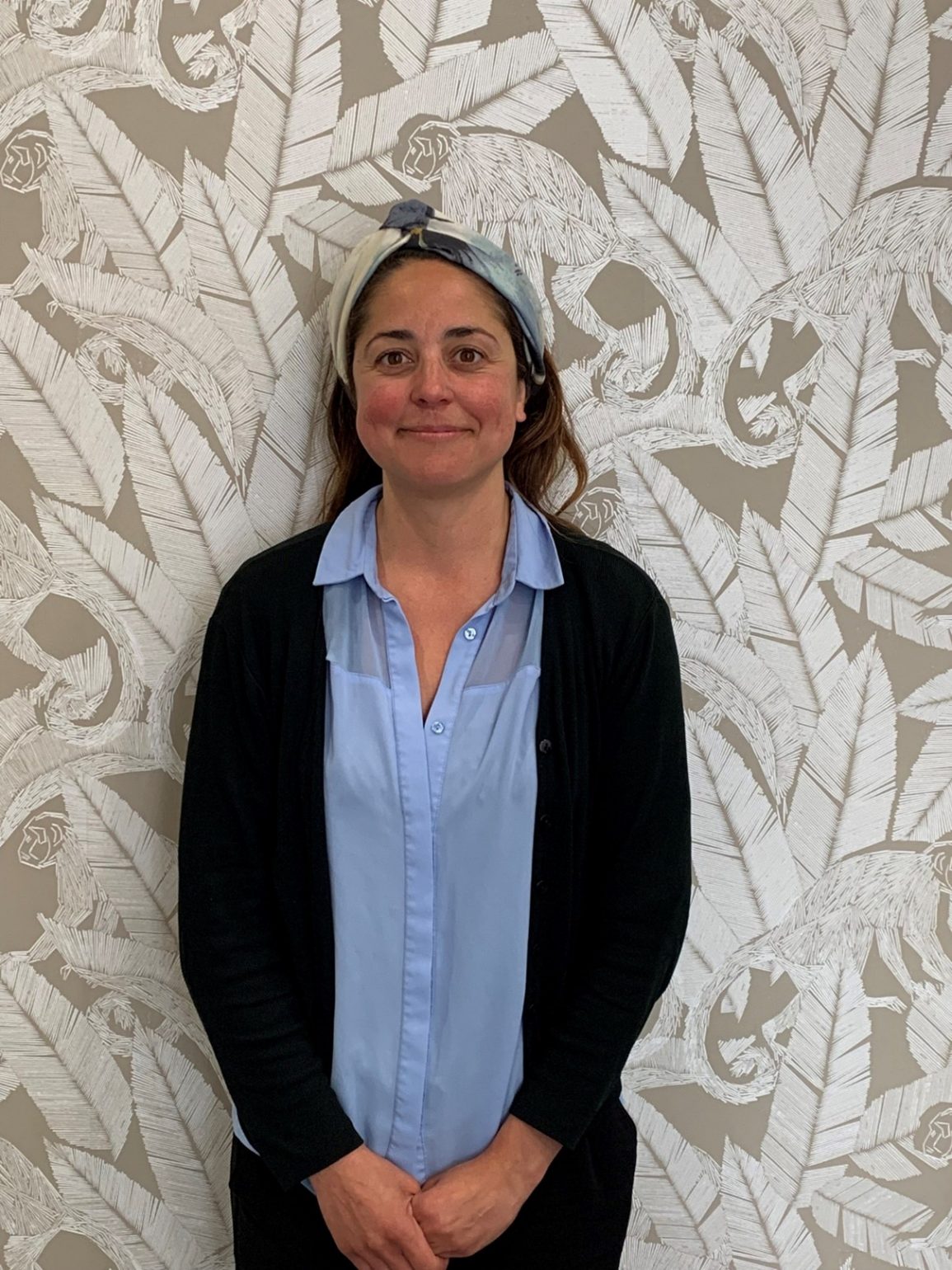 Worked in the social care sector for more than 20 years. Cristina started as a support worker for people with learning disabilities and soon knew is what she wanted to do for the rest of her life, to support people that are going through difficulties to find the right support to be able to be as happy as any other individual. Cristina worked as a deputy manager for supporting living organisations and as children practitioner in uk (The Autistic Society, Mencap, Bristol City Coincil, etc) Cryistina has also volunteer in a humanitarian organisation in South America to bring support to individuals and families in disadvantaged circustances. Withing those organisations Cristina supported children, young adults, adults and their families to have the right support to maintain a healthy mental health.

Cristina completed an Nvq4 in health and social care and coordinated the reablement team at BCC.

Our Board of Directors

Clubhouse Gibraltar has an independent Board of Directors who are charged with oversight management, fundraising, public relations and helping to develop employment opportunities for members. 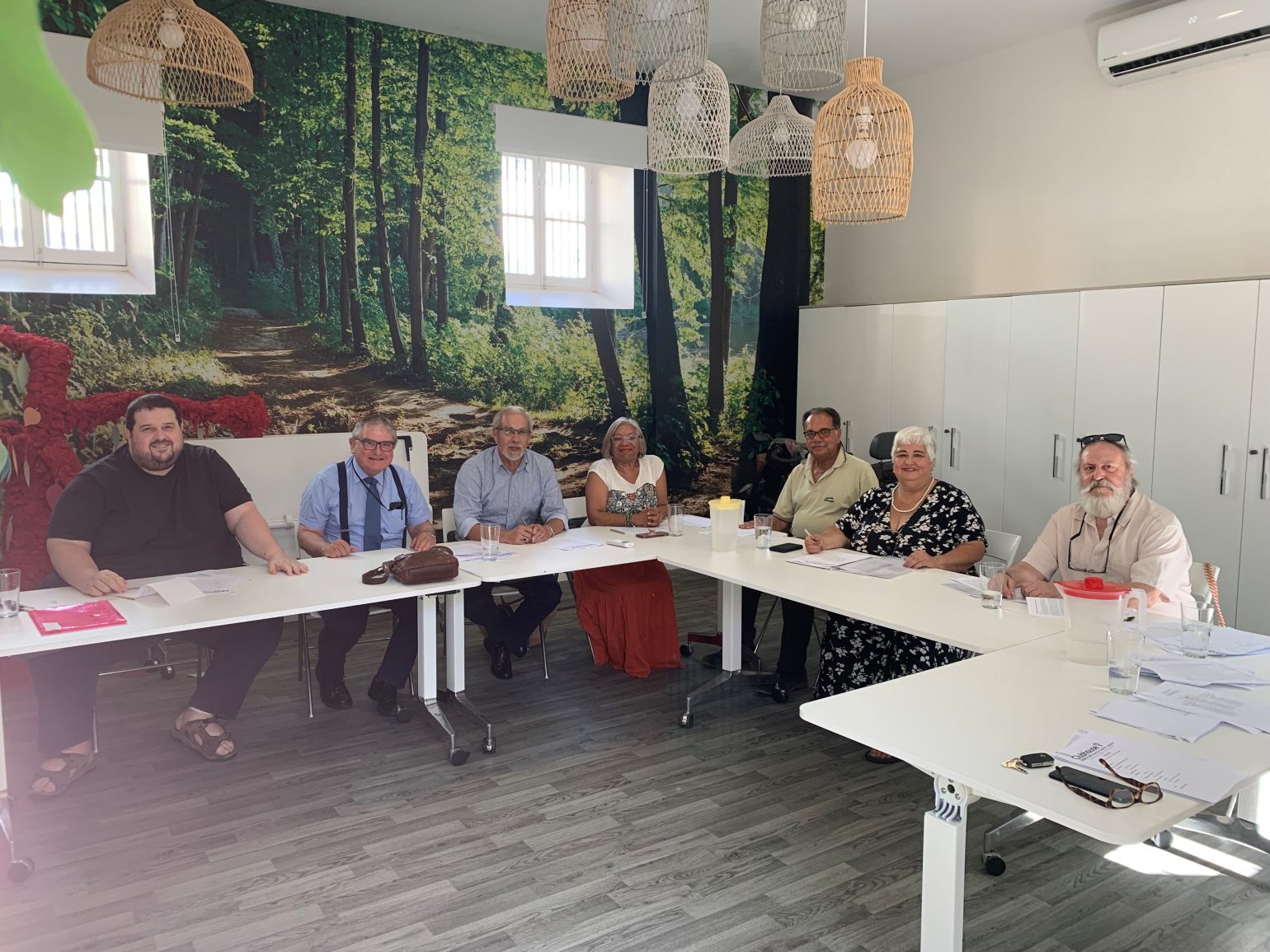 The CEO is appointed by the Board to take charge of the day to day running of the Clubhouse and to report back, as well as consulting with the Board on any necessary matters.

Decision-making and governance are an important part of the Clubhouse work. Members and staff meet in open forums to discuss policy issues and future planning for the Clubhouse.

HOW TO BECOME A CLUBHOUSE GIBRALTAR MEMBER

A Clubhouse is first and foremost a community of people. Much more than simply a program, or a social service, a Clubhouse is most importantly a community of people who are working together toward a common goal. Clubhouse Gibraltar is open to any person who has been diagnosed with a mental illness at any time in their lives and would like support or be part of a support structure which helps people develop to their full potential. Members work on their recovery at their own pace through a combination of being a part of a community, being part of a work unit and accessing our services such as housing, employment, education, etc.

Click here for a copy of our leaflet: Clubhouse Gibraltar leaflet

If you are interested in joining the Clubhouse, we would love to have you come by for a tour.

If you have any more specific questions about our program, please don’t hesitate to call or email us. It’s free to join.

Message from the Chairman of the Board of Trustees Dr Rene Beguelin Once again, Clubhouse Gibraltar has achieved significant growth in almost all areas including active members up by 17…
piranha
Love0
View More

HOW TO SUPPORT US